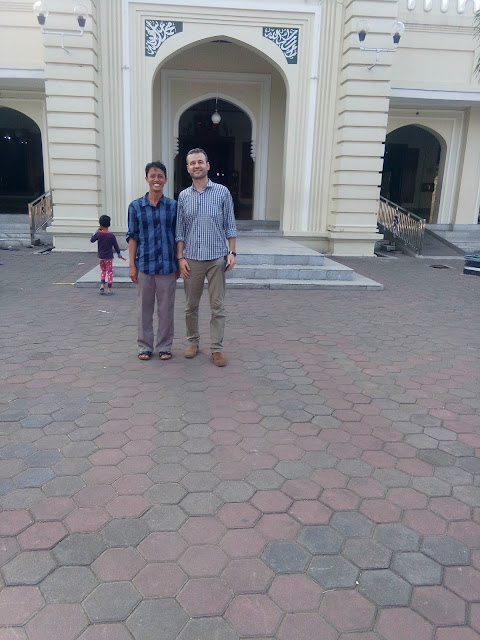 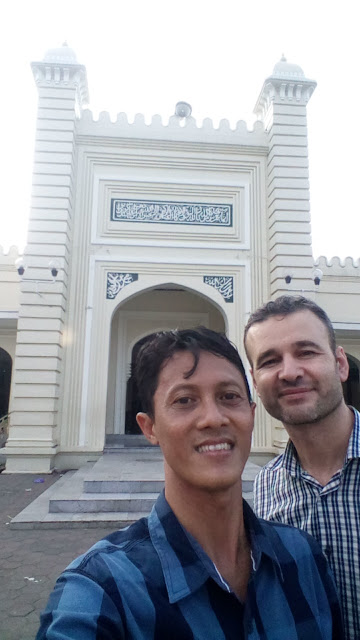 Saturday, 31st 2018 We have visiting Pekalongan Al Jami Great Mosque that located on Jalan KH. Wahid Hasyim, Pekalongan City. At the front of mosque is "Alun-Alun" (Square yard) which many street food also located within it.

The Great Mosque of Al Jami Pekalongan courtyard with the mosque's porch is on the left, and the minarets of the mosque in the corner. The mosque was built by Raden Arjo Wirijo Tumenggung Adinegoro, the third regency of Pekalongan, in 1852 AD. It was a 35 × 35 meter mosque with nine large doors, twelve windows, a priestly chamber and a dome for the preacher.

The 27-meter-high Al Jami Pekalongan Mosque Tower was completed in January 1933 AD, funded entirely by Sayyid Husein bin Ahmad bin Syahab. There are 99 spinning staircases that must be climbed to the top of the tower. When the tower was built the elevator is not yet popular, unlike when the Great Mosque of Central Java was made.

The main hall of Masjid Agung Al Jami Pekalongan with wooden pillars and ornaments are still original, reinforced 22 pillars of concrete buffer. The middle arch is the priest's place, to the right of the preacher, and the arch of the dome on the left was built on 3 June 1907 by the Regent of Duke Aryonotodirjo for the place of the bupati during the Friday prayers and the Hari Raya prayers. 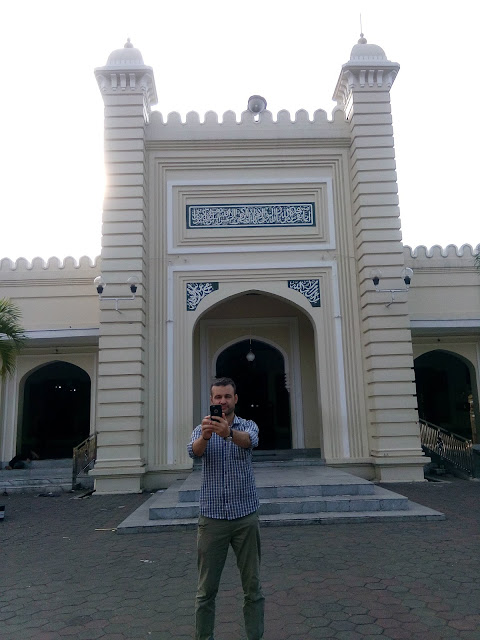 The gate at the center of the Grand Mosque hall of Al Jami Pekalongan is rectangular with a minaret and a small dome in each corner and an arched entrance hole. A little far above the rear seen the roof of the main building of the mosque in the form of limasan overlap. The architecture of this mosque combines traditional Javanese style with Middle Eastern style.

The sky high room, assisted by a round of fan in large quantities, make the air in this room was quite cool. The typically very cold floor of the mosque's ceramic has been covered in partial with the dominant green carpet and white ornaments.


Although it is far from the center of government, but around the Great Mosque Al Jami Pekalongan and the square remain a center of crowd and favorite places walkers. That is because on the north side of the square there are famous Garang Asem H. Masduki food stalls and other culinary, a number of banks, as well as on the East side there is Plaza Pekalongan, tennis courts and basketball. 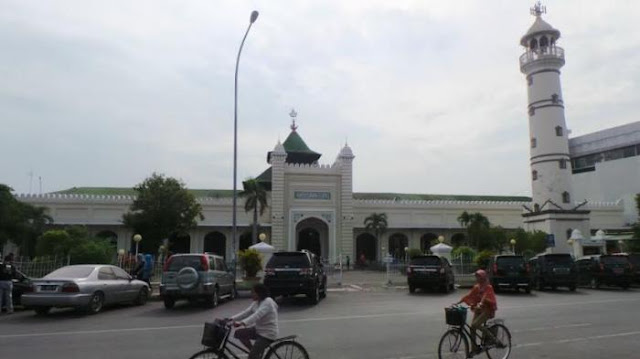 More on this category »

More on this category »